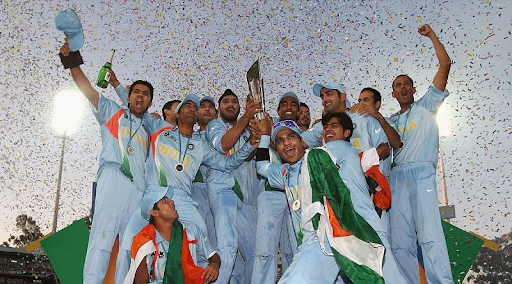 ICC T20 World Cup draw was made public. The defending champions West Indies and Australia, South Africa, and England are in Group 1 of the Super 12 round. In the meanwhile, India is in Group 2 with Pakistan, New Zealand, and Afghanistan.

From the qualifying round, two more teams will enter both groups in the Super 12 stage. The eight teams competing for the four remaining Super 12 slots are Sri Lanka, Bangladesh, Ireland, Namibia, Netherlands, Papua New Guinea, ScotlandOman, and Oman.

Many supporters predict India and England to win the worldwide event in the United Arab Emirates and Oman. Some predict the West Indies will become the first team to win the event three times.

Team India hasn't won the T20 World Cup since MS Dhoni, and his young guys made history in the maiden tournament in 2007. In 2014, they came close but fell short when it came to Sri Lanka.

In the last T20 World Cup held in India in 2016, eventual champions West Indies knocked India out in the semi-finals due to their batting prowess. India has been a favourite in practically every edition but has never gone all the way.

Their quest for an ICC trophy continues after a semi-final exit in the 2019 50-over World Cup and a devastating defeat in the World Test Championship (WTC) final. Is 2021 the year India finally breaks their title jinx?

As previously stated, India, England, and the West Indies are the top three challengers for the ICC T20 World Cup crown. In the competition's knockout stage, India is most likely to meet England or a Caribbean team.

The Men in Blue will have the upper hand because Indian players have played a lot of cricket in the UAE during the last two years. KL Rahul, Shikhar Dhawan, Rohit Sharma, Hardik Pandya, Jasprit Bumrah, Yuzvendra Chahal, Shreyas Iyer, and Virat Kohli all had outstanding performances at the IPL 2020 in UAE.

Virat Kohli and his side are expected to win the ICC T20 World Cup in the Middle East, ending a 14-year wait for the title.